The Cambridge subdivision was built between 1974 and 1985, with the majority of the homes completed between 1975 and 1978.  The style of home in Cambridge varies with two, three, and four bedroom homes available. Most of the homes in Cambridge have a garage; although, some residents have chosen to do a garage conversion to create additional living space to their homes. 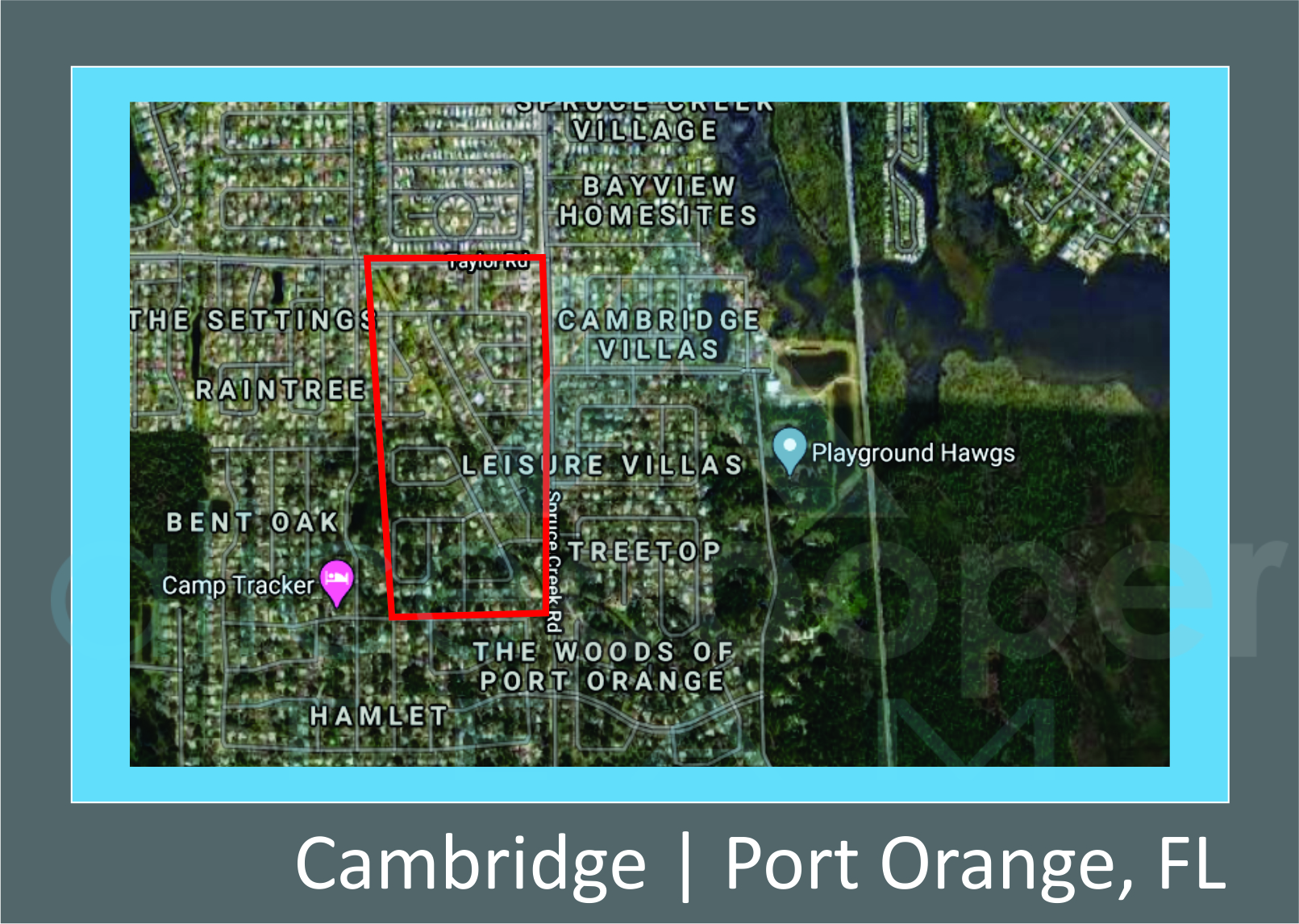 There is no HOA in Cambridge and it’s located within top rated school districts, both of which are a huge selling point for some buyers. Home prices in Cambridge are typically in the low to mid $200’s, with the occasional handyman’s special will hitting the market in the mid $100’s.  Cambridge sits at the corner of Taylor Road and Spruce Creek Road, within walking distance of Spruce Creek Elementary School and All Children’s Park, and is part of a section of four neighborhoods that blend nearly seamlessly together. Those neighborhoods include Cambridge, Bent Oak, Devonwood, and Hamlet; although, they were built at different times and by different builders. Street names in Cambridge include Devon Street, Cambridge Boulevard, Cambridge Drive, Stratford Square, Brittnay Drive, Avon Court, Avon Street, Dover Court, Stratford Square, London Place, Wimbledon Court, Trafalga Avenue, S Brighton, and N Brighton.

Below you will find all the homes currently on the market in the Cambridge  subdivision. If you'd like information about a specific property or to schedule an appointment to see the home in person or by video tour, please contact us or use the "Schedule a Tour" option found on each Property Listing.