When Will The Daytona Beach Housing Market Crash?

Today we’re talking about all the scary headlines about real estate and whether or not you should believe them. I mean, the news puts it out there, so it must be accurate, right? I hope by now you’ve figured out that you can’t believe everything you hear and the news media is no exception. I’m blown away by the number of times I read a headline only to dive into the article and find out the headline is not only misleading but the information in the article is skewed with over-generalizations and percentages taken out of context.

Unfortunately, the doom and gloom are all around us, and I want to help educate you about what’s really going on in the market, so you don’t have to be afraid of these headlines. When is the Daytona Beach market going to crash? Let me get right to it: it’s not going to crash. How am I so confident? I refer to the experts who tell us there are four things to look at when predicting a housing crash. They are unemployment, lending standards, foreclosures, and inventory. So let’s dive right in.

First, let’s talk about the correlation between unemployment and the housing market. To put it simply, when unemployment rises, demand for homes decreases, and inversely, as unemployment falls, you guessed it, more people are in a position to buy, and demand increases, which helps fuel the market. Here in Daytona Beach, we’re right at the national average with a roughly 3.4% unemployment rate. Leading up to the housing crisis in ‘08, we saw unemployment at 5% and that number nearly doubled to 9.9% in ‘09. So in terms of unemployment, we’re in much better shape than 15 years ago.

Next, we look at lending standards. As you may know, one of the major contributing factors to the ‘08 crash when so many people lost their homes was loose lending standards. Just about anyone could get approved for a mortgage 15 years ago, while today’s standards are much more strict.

What you see below is the Mortgage Credit Availability Index which is calculated using several factors related to borrower eligibility such as credit score, loan type, and the loan-to-value ratio. It helps us understand what’s going on in the mortgage industry. A decline in credit availability indicates that lending standards are tightening, whereas an increase in the index shows losing credit. So here we see a steep incline leading up to the 2008 crash- indicating lending standards were much laxer, and immediately after, we see a steep drop, showing that lending standards tightened. And they’ve pretty much stayed that way ever since. 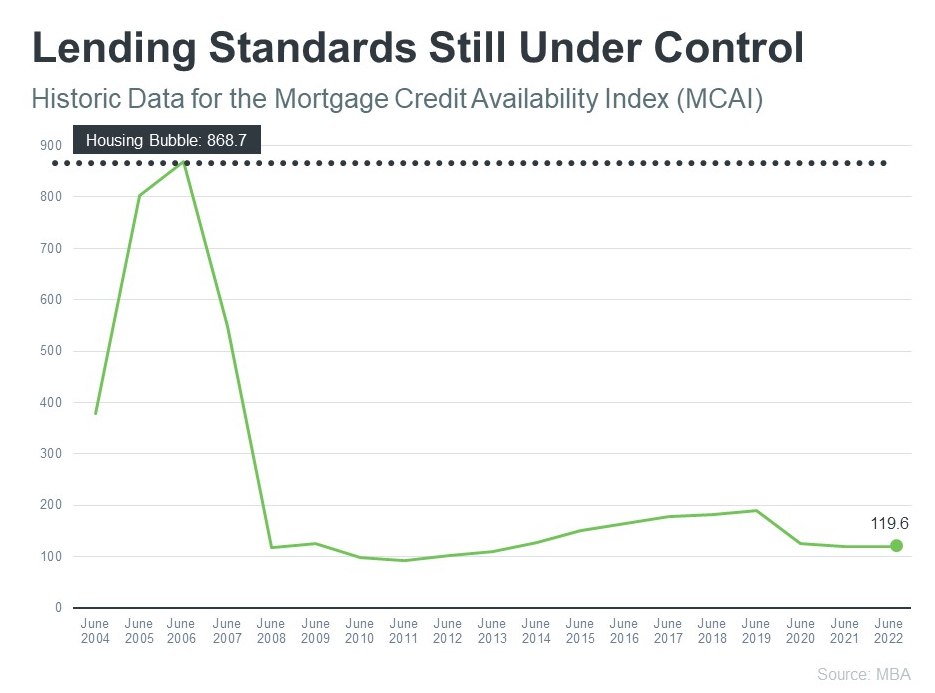 Now let’s talk about foreclosures. This is one of the big ones I’ve seen in the news lately with headlines like “foreclosures soar 100%.” Let’s take a look at what’s really going on. Here we see foreclosure rates since 2005. At the height of the housing crisis, we saw nearly 2.2 million homes in foreclosure. That number today is under 200,000 primarily because people have so much equity in their homes and- going back to what we just talked about- lending standards are much more strict today. So remember, the next time you see a headline that says “foreclosures soar 100%” keep in mind this percentage is taken out of context: if you have one foreclosure on the market, and you add a second foreclosure, that’s a 100% increase. 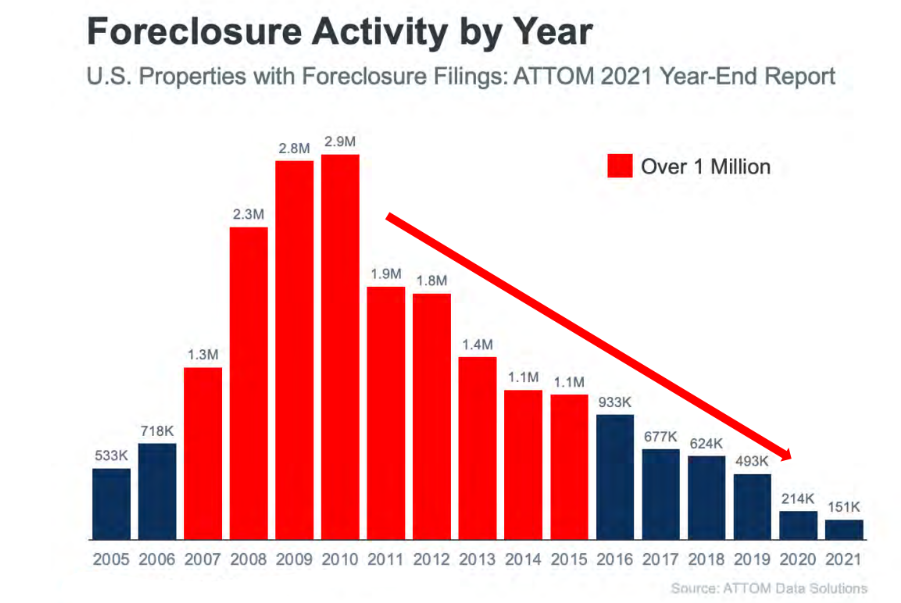 And finally, let’s take a quick look at inventory. While inventory is starting to increase, it is still historically low. We’re still in a seller’s market and there simply aren’t enough homes on the market to cause prices to crash. There would need to be a flood of people getting ready to sell their houses in order to tip the scales toward a buyers’ market. And that level of activity simply isn’t there. Here in Daytona Beach, we’re up to about 1500 active listings, which does show we’re starting to see some normalizing in the market, but we still have about two-thirds the number of listings we would expect to see in a normal, balanced market.

Bottom line, if you’re waiting around for the market to crash, you might be waiting for a while. But if you’re ready to move forward with your plans to buy or sell, let us know so we can help navigate today’s market. 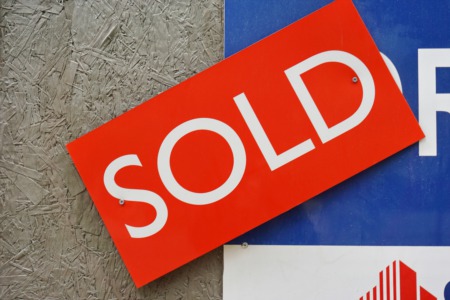 What Are Homes Selling For In The Daytona Beach Area?

Let's talk about home prices in our area: the largest sale so far this year, the median home price by city, and what home values are expected to do ...Read More 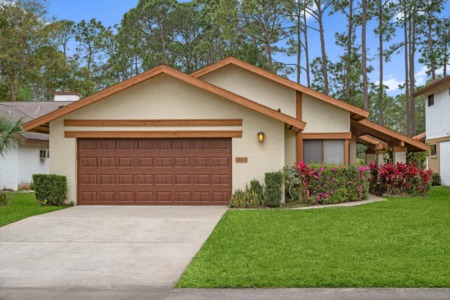 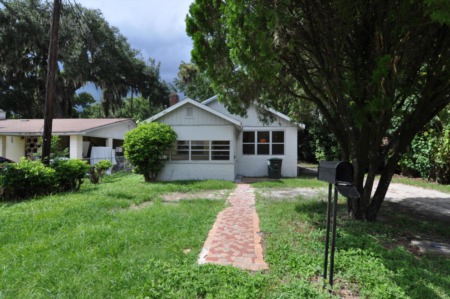