Today we’re talking about increasing foreclosures in today’s housing market, what that means for the future of the market, and why putting those numbers into context is essential.

In March of 2020, the government rolled out the Cares Act, which allowed millions of homeowners to pause their mortgage payments using the forbearance program. The goal was to help homeowners financially amid all the uncertainty created by the Coronavirus. At the time, many experts were concerned that a forbearance program would result in a wave of foreclosures, similar to the years following the housing crash in 2008. But luckily, now that some time has passed, we’re seeing the possibility of a wave of foreclosures to be highly unlikely.

Recent data show that most homeowners are exiting their forbearance plan either fully caught up on payments or with a plan from the bank that restructured their loan in a way that allowed them to start making payments again. Let’s take a look at this graph with those findings from the Mortgage Bankers Association. This graph shows cumulative foreclosure exits through March 31, 2022. Of those, 37% were paid in full and another 45% were able to work out repayment plans. 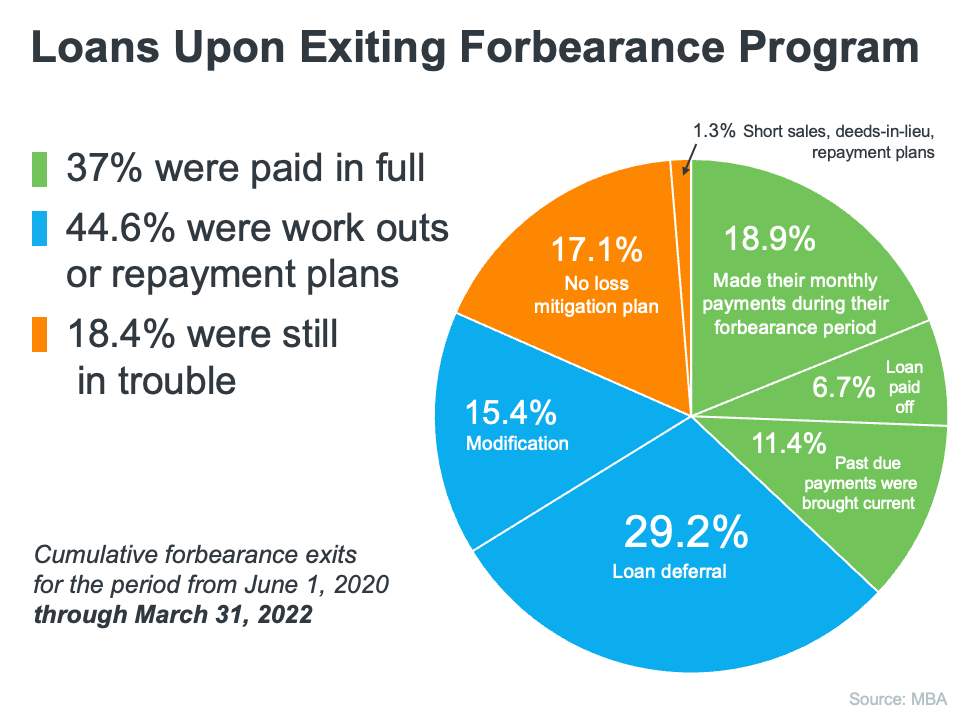 And for those who are exiting the forbearance program without a plan in place, many will have enough equity to sell their homes instead of facing foreclosures. Due to rapidly rising home prices over the last two years, the average homeowner has gained record amounts of equity in their home. Nationwide, the average homeowner has gained an estimated $56,000 in equity over the last 12 months.

One of the benefits of the forbearance program that’s seldom reported is it gave homeowners that were facing difficulties an extra two years to get their finances in order and work out a plan with their lender. That actually helped prevent the foreclosures that normally would have come to the market had the forbearance program not been put in place. 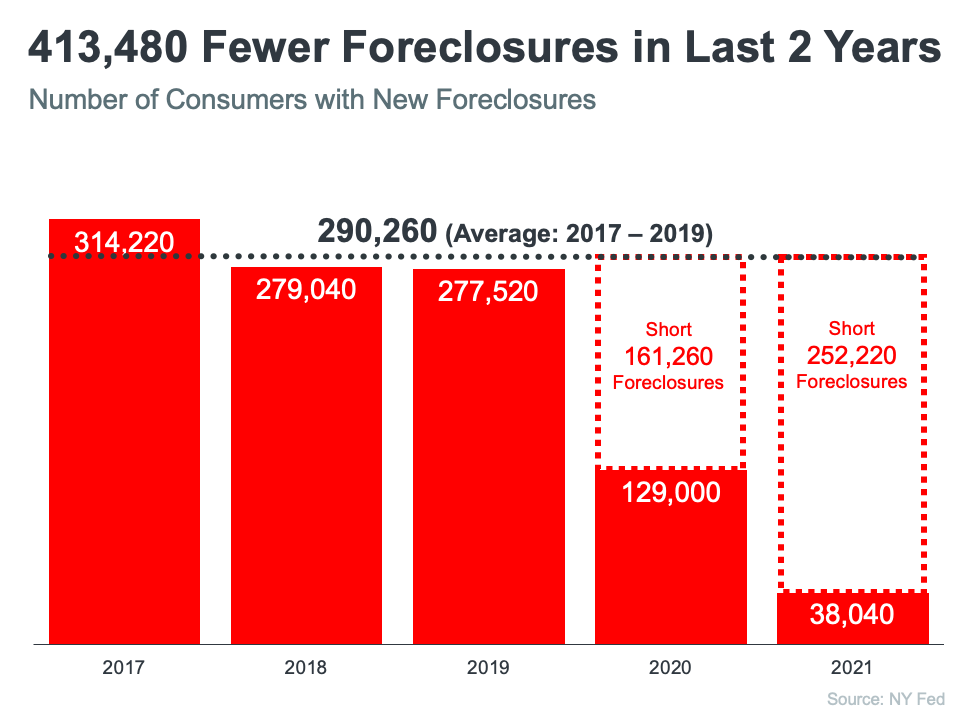 It’s also worth noting that when the foreclosures in 2008 hit the market, they added to the oversupply of houses that were already for sale. It’s exactly the opposite today. Because our inventory is so low, the current market can easily absorb new listings. Now I’m not suggesting that a wave of foreclosures would be a good thing, but it’s another indicator that we’re in a far different market than we were 15 years ago. Even if one million homes entered the market, there still won’t be enough inventory to meet the current demand.

Bottom Line, if you see headlines about the increasing number of foreclosures, remember context is important and percentages can be misleading. Just for the sake of illustrating my point, if you have one foreclosure on the market, and add a second foreclosure, that’s a 100% increase. Sounds BIG.  And while it is true that the number of foreclosures is higher now than it was last year they're still well below pre-pandemic. It’s also a good indicator that our market is starting to normalize, which is great news. If you want to discuss the latest market conditions and what they mean for you, let us know. 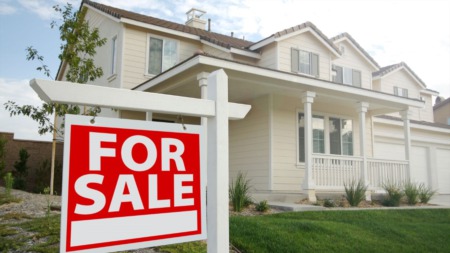 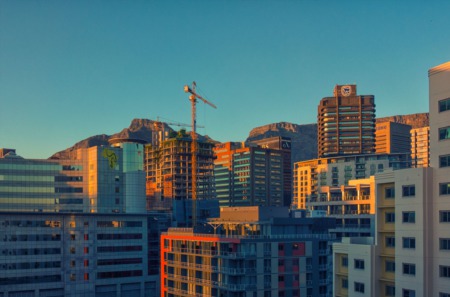 There is a growing concern that there will be a recession in the next 12 months, according to a recent survey from the Wall Street Journal. The ...Read More 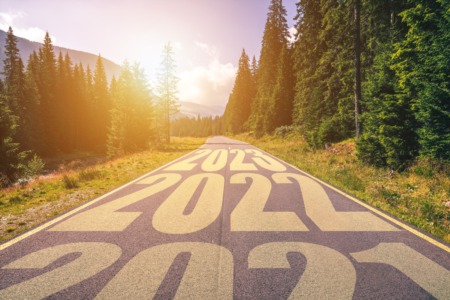